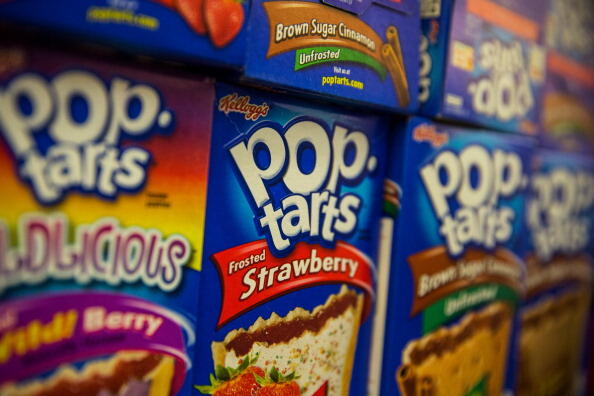 A Pop-Tarts “Pop Up” Restaurant Is Set For New York City-A breakfast favorite is popping up in NYC.

Starting today, Kellogg's is opening what it calls a Pop-Tarts Cafe in New York City. The pop up cafe will serve the toaster-ready breakfast pastries in a variety of ways most people never imagined.

Pop-Tarts concoctions like tacos run for $9 and burritos average $12 each. For eight to 12 dollars New Yorkers and tourists will be able to chow down on Pop-Tarts pizzas, tacos, burritos, and chili-topped french fries.

Picture this; the nachos are Confetti Cupcake-flavored Pop-Tarts, cut into chips, drizzled with strawberry salsa, dolloped with frosting, sprinkles, and topped with a candle. That’s just the beginning!

The six types of milkshakes include the hot fudge sundae milkshake which is a blend of chocolate ice cream, milk, sprinkles, a whole fudge Pop-Tart, then another whole Pop-Tart is used as garnish in the whipped cream.

Kellogg’s NYC opened in July at 1600 Broadway, in NYC  The Pop-Tarts Cafe is open from today through Sunday.