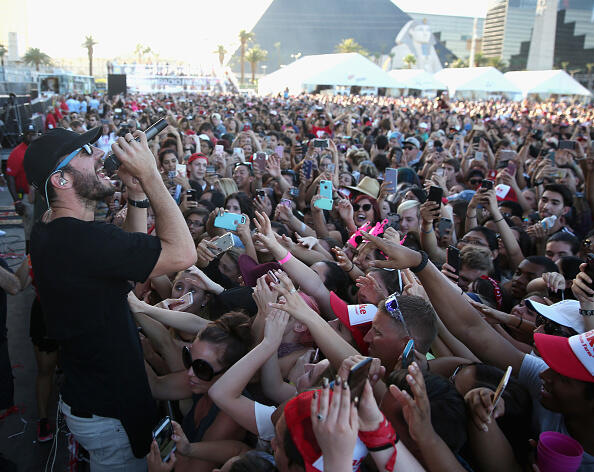 Sam Hunt says he doesn't like to "take his time"  referring to one of his #1 songs. He announced the big news of his engagement to girlfriend Hannah Lee Fowler last month.

Even bigger news...Sam revealed that he’s getting hitched pretty soon. He announced, “I’m getting married in a couple months.” Sam didn’t elaborate on his wedding plan while performing at the Country Radio Seminar in Nashville yesterday. Check out Sam's performance of his latest single “Body Like A Back Road” below.