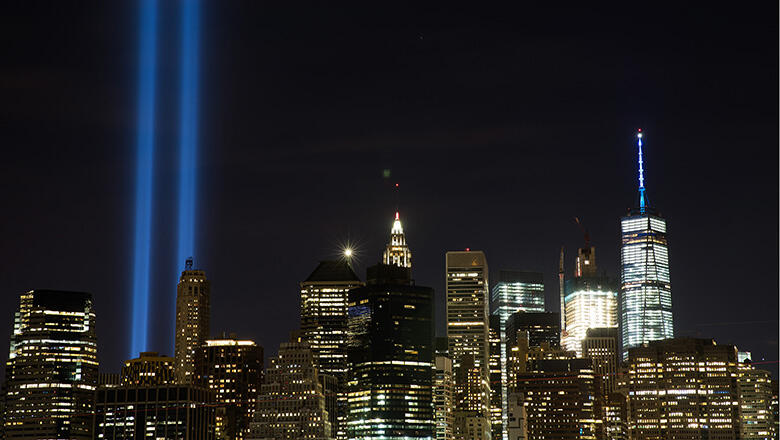 Lower Manhattan will be silent this morning to mark the 16th anniversary of the 9/11 terror attacks.

The relatives of those who died in the attack on the World Trade Center will gather for the annual ceremony at Ground Zero, which is now the National September 11 Memorial Museum. The ceremony will kick off with a citywide moment of silence at 8:46 am Eastern, the time terrorists flew an American Airlines plane into the World Trade Center's north tower. During the ceremony, relatives will read off the names of their loved ones killed in the Twin Tower attack. Thousands are expected to attend.

Tonight, there will also be a "Tribute In Lights" starting at sunset. Two blue shafts of light will be beamed from lower Manhattan as a visual reminder of the Twin Towers.